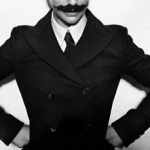 On Tuesday evening I attended the inaugural Marie Clarie Success Summit. It was a truly inspirational evening with great speakers, focusing on women in business and equal opportunities for women and men in the workplace.

A few things really stuck in my mind. Women have come a long way in the workplace the past 40 years but there is still a long way to go. In order to succeed in business, whether as an employee or entrepreneur, we must stay true to ourselves, believe in our own capabilities and we must support other women to succeed.

Here’s a story from someone who works for one of the big 4 consulting firms.  Like many women, she felt she was losing herself.  Succeeding in the corporate world was a struggle to live and work in truth and consciousness.

One day in August this year she realised that through a series of events in her life, she felt as if she had lost the “essence of herself”.  But what or who had she lost it to?

Recent comments flashed in her mind:

“You wear a lot of black”, said not one but several co-workers and some clients. “Your nickname was the ice queen when you used to work with us” said another.

Nothing too mean spirited, it was just an observation. But what occurred to her was not the slur on her fashion sense, but a realisation that people she spends a large amount of time with, really didn’t know her at all.  They clearly hadn’t seen the ‘girly girl’ who loves fashion, feminine dresses and fabulous shoes, the tactile and generous girl with the infectious laugh.

It made her think, are personal and career personas meant to align? And if they didn’t, was she living her truth or just “fitting in”? At that moment she realised that not just at work, but also in her personal life things didn’t seem to align either.

For example, take her ongoing dilemma with dating men.  Meeting men is never the problem and she meets seemingly good men too. (She’s a very good looking girl). Yet, she recognised she was still single because she had a pattern. She rejected men flippantly for seemingly insignificant details or assumptions.  She judged and decided in less than a nanosecond.

So on that day in August, with those words and events reverberating through her mind, she looked in the mirror and said to herself “S*it I have become a b*tch!”.  It was official.

She had become merely an alpha female version of herself, someone not to be messed with.So caught up in her own version of corporate success, or at least what she thought success looked like, that she barely recognised herself.

Her over-analytical brain had bullied and coerced creativity and sensitivity out the door. The ‘fun girl’ was gone, she had jumped or was pushed deep into an abyss as survival in the corporate “warplace” took over. Retrieving her was going to be damn hard!

Trying to navigate her way through corporate life had become a juggle between how she wanted to be perceived and who she actually is.  She wanted to be heard and respected, but she certainly didn’t want to be the proverbial “b*ll breaker” to get a message across.

Simply showing a softer side or her “true style” wasn’t the answer either.  She told me about one particular day when she had taken the time to do her hair in a fabulous style and she felt fantastic about it.  The feedback she got was: “Who are you trying to impress today?”She wasn’t trying to impress anybody, she just wanted to be feminine that day and embrace that. Was that so wrong?

She cannot remember the last time she wore a skirt to the office, because it had all become about the power suit, comfort and efficiency and the desire to avoid being objectified by the men she worked with. Dress and behave like a man. It was insane.

To add insult to injury, when she looked around her office, she realised all her female colleagues were like this. Dressed like men, all single, overweight and childless.  Yes, she wants a fulfilling career but not at the expense of all the other wonderful things life has to offer.  That day was confronting but it was also a turning point.

So how about starting to support each other as women rather than to compete or compare? Not supporting each other might explain why many of us end up in similar situations. Why aren’t women allowed to be women in the workplace?

So what’s changed since that day?  She admits it’s not much and she’s still working on it, but awareness is the first step as ‘they’ say!