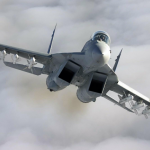 Why don’t we have more female pilots?  Women are perfectly capable of driving or flying any type of vehicle.  Flying an aircraft does not come down to physical strength nor does it require high levels of testosterone. As a pilot your performance is measured against SOP’s (standard operating procedures) including technical competency and hands-on flying ability. So you’d think that it’s pretty clear that the job is very gender neutral.

So why do women self-eliminate, or in other words, put this career path in the “too hard basket”?

Women do become pilots, but it’s still seen as a very masculine profession. I suspect there are a lot more women who would like to become a pilot, but don’t know how achievable it is or where to get the information to jump-start their flying career.

Women fought very hard in the 1960’s for equal rights and opportunities and we have come a long way, but clearly, we are not there yet in the field of aviation.  It’s 2014 and as women, we still put gender-based limitations on ourselves. Girls are just as capable as boys when it comes to maths & physics at school (both required for a flying career) but somehow this mindset of “math & physics is for boys” creeps in.

Times are changing, albeit slowly. Qantas hired its first female pilot in 1984 and saw its first female captain in 1992. At that time there were only 18 female pilots out of 900 (2%). Fast forward to statistics Feb 2014: Qantas has 3784 pilots, of whom only 4.5 per cent are female. At Virgin, 4.9 per cent of the 1599 pilots are women, and at Tigerair, women account for 7.7 per cent of the 155 pilots. The figures at some individual divisions are higher. At regional carrier QantasLink, where many younger pilots go to get their foot in the door with the airline, 9.3 per cent are female, and Virgin’s recent group of cadet pilots was 50 per cent female.

Australia still has not produced a female fast jet pilot. Quoting the Chief of Air Force Australia Air Marshal Mark Binksin AO in 2011: “Women are already flying fast jets in the United States, France, Turkey, and Israel to name a few; and in our Air Force we had recent female graduates from pilot training who were capable of flying fast jets, but who chose to fly other types of aircraft instead. Becoming a fast jet pilot is hard – for both men and women, but as the numbers of female pilots continue to increase, I would like to think that Air Force’s first female fast jet pilot is not far away.”

It isn’t easy indeed, out of 500 pilot applications received by Defence Force Recruiting, only 10 will successfully complete their training as fighter pilots. But why do women still self-eliminate for jobs or careers that they dream of?

Lets shoot for the moon, if you miss, you’ll still land among the stars!