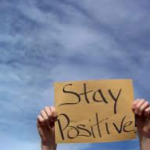 If you are considering applying for a Pilot Cadetship, this candidates’ story is nothing but inspirational.  You may be thinking there are lots of candidates, and yes the competition is stiff, but don’t let that dissuade you. Showing you have the right stuff can get you over the line.

Our candidate, lets call him James, applied for an Ab Initio Cadet program last year with one of Australia’s leading airlines.  He prepared well, undertook interview training with us and practiced for the aptitude test.  He read up on everything about the airline from the CEO to the last financial report and the latest media releases. In short, there wasn’t much he didn’t know about this airline.

He took a flying lesson, so he was able to talk about what he actually liked about the day-to-day role of a pilot as well as flying itself. He also showed how much respect he had for the recruitment process and the role of a pilot by presenting himself in a 100% professional manner.  He truly made a big effort across the board.

He was really motivated and articulate… he was, however, only 18.

Not that 18 is too young to apply, but it does mean he came straight out of high school. It is more difficult to illustrate you have the life skills and self-knowledge to commit to the Cadet Program.  Training a cadet pilot is a huge cost and every airline wants to be sure that they select cadets who can successfully complete the course.

He did well. In fact, THEY LOVED HIM!

They could see how much work he had put in and how motivated he was.

But… they did feel he lacked some life experience, that perhaps he didn’t really know how he would perform under the expectations and conditions of the airline.

So he received a call to say, we think you will make a terrific pilot, but we want you to go away and work for year, get some work (and life) experience and come back next year and tell us what you have learnt.

DEVASTED! Of course he was, he wanted to get started now. Being a pilot was all he ever wanted to do.

Now you may have expected him to spit the proverbial dummy and throw the towel in, but not this young man.  He called me and I filled him in on a few home truths. He didn’t know that this airline doesn’t make that offer to every candidate, in fact when they say “come back next year” they mean it. Well, that put an entire different spin on things.

I could see the change in his attitude. This wasn’t a no, it was a “you are nearly there”.

So, James went away, got a job as part of a large crew in the building industry, one of the toughest work environments there is. He knuckled down to 12-hour days, accepted he was at the bottom of the food chain and came home physically and mentally exhausted each and every day.

Jumping forward 12 months to 2014, James came to see me again and the first thing I asked him was: “What have you learnt about yourself in the last 12 months?”

He had learnt what he was made of, that he had tenacity.  He was able to hard and take direction well, how to deal with customers and negotiate the different personalities he had to work with.  He had learnt how to be an effective team member, learnt new skills quickly and took any chance to show initiative.

In short, he had received a 12-month crash course in life.

The story ends with James coming through his second Airline Cadet Recruitment process having done all of the interview preparation again (didn’t rest on his laurels second time around either) and yet again impressed everyone he came into contact with. Which was no mean feat, considering he was competing against 1500 other applicants!

He was offered a place in the 2014 Pilot Cadet Program. He will make an exemplary pilot for sure.